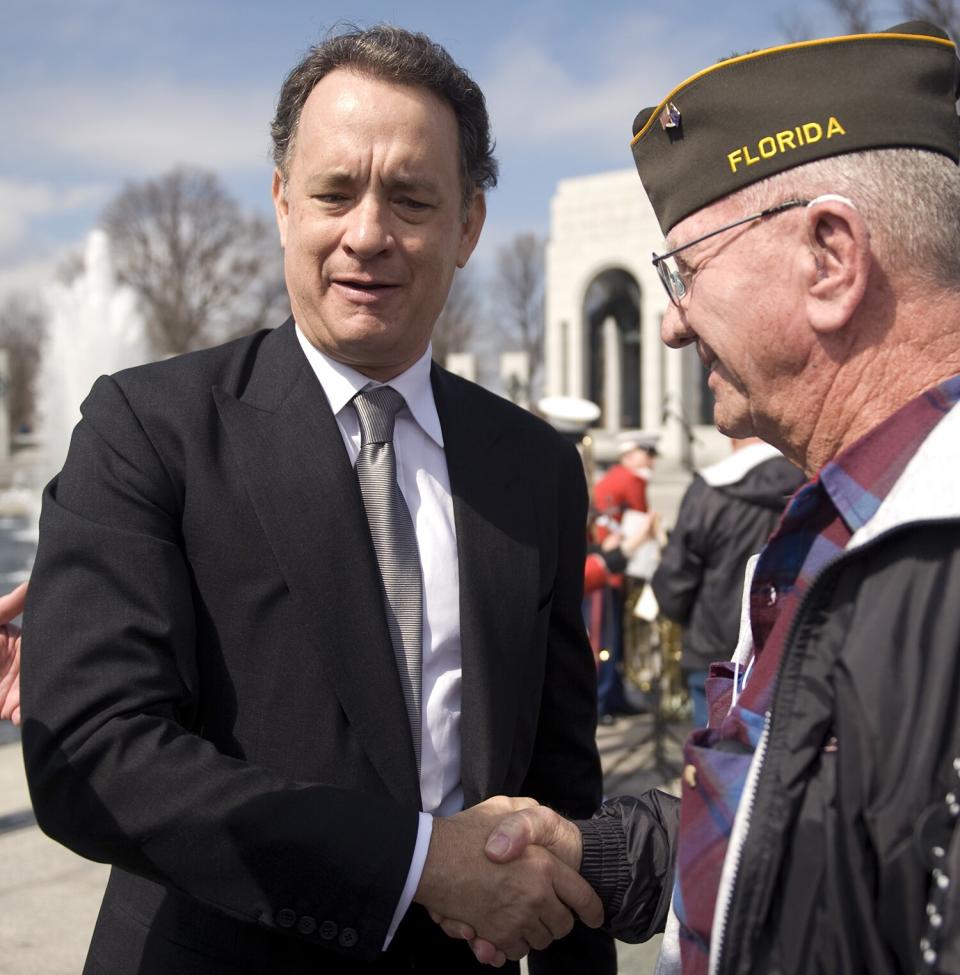 Tom Hanks is giving back with a cup of Joe.

On Tuesday, the Oscar winner — who has starred as an armed service member many times across his forty year career — announced the launch of Hanx For Our Troops, a consumer packaged goods company that will benefit veterans and their families. 100% of all profits will go towards foundations that support the veteran community, including Headstrong, Hire Heroes USA, the Bob Woodruff Foundation and Student Veterans of America as the first partnerships.

“We saw Hanx as a way to support Veterans and military families, as 100% of the profits go to organizations that have proven to be of great aid to those who have served our country,” Hanks, 66, said in a press release. “Good products for good reason.”

The company is starting their mission with a universally beloved product: coffee. The three blends — First Class Joe, SGT. Peppermint and Tom’s Morning Magic Blend — will start shipping out in early December. Customers can pick from coffee grounds ($16 for 12 oz. bag), pods for machines ($16 for 18) or instant coffee sticks ($12 for 10).

As for Hanks’s blend, “the malt is the kicker!” he says in the flavor’s tasting notes. “I’ll never forget my first taste of coffee perfected with a little milk and a dash of chocolate malt. School mornings are never quite as dreary again,” the website reads. “You’ll set your alarm early to savor this mystical elixir ASAP.”

​​Along with providing 100% of proceeds to the veteran community, Hanx also aims to amplify the community’s voices, as well as veteran-owned businesses.

“Our products support all those who have served America—past, and present—on active duty, as Veterans, and their families. By choosing our coffee, you help support those who chose to commit their time and efforts in defense of our liberties for the good cause that is the American Way. Every penny of profit says ‘thank you’ to them. We owe them our gratitude, eh?” reads a statement from Hanks on the website.

Never miss a story — sign up for PEOPLE’s free daily newsletter to stay up-to-date on the best of what PEOPLE has to offer, from juicy celebrity news to compelling human interest stories.

Hanx For Our Troops isn’t the first time the Elvis actor has gotten involved in the community. In 2016, he helped army wife Jessica Allen launch the Hidden Heroes campaign. After her husband spent nearly a year at the Walter Reed Army Medical Center, Allen decided she “had to do something” after witnessing the “kinds of challenges” military caregivers face. The organization has since helped military caregivers connect and support each other.

Hanks has been as busy as ever, between launching Hanx For Our Troops and promoting his new movie, A Man Called Otto, set to hit theaters at the beginning of the new year.

The movie, based on Frederick Backman’s 2012 book A Man Called Ove, sees Hanks as grumpy widower Otto Anderson, who forms an unlikely friendship with his next-door neighbor.

“The way you treat your own neighbors, the way people can come together in any time of crisis happens over and over again. Anytime there’s a tornado, a flood or something that hits a very particular community, everybody comes out and helps,” Hanks told PEOPLE exclusively in October. “A Man Called Otto is a movie about community and a movie about family.”

Otto also marks yet another collaboration between Hanks and his wife, Rita Wilson. Wilson, 66, served as a producer on the movie, and also wrote and performed an original song for its soundtrack, “Till You’re Home,” co-written by Grammy nominee David Hodge.

Wilson said the song was inspired in part by something a friend told her following the death of her father: “The conversation continues.”

“It was a natural beginning to start there,” she said. “This movie is about love and how love continues even after a person leaves this earth.” Pats&Animal
We use cookies on our website to give you the most relevant experience by remembering your preferences and repeat visits. By clicking “Accept All”, you consent to the use of ALL the cookies. However, you may visit "Cookie Settings" to provide a controlled consent.
Cookie SettingsAccept All
Manage consent