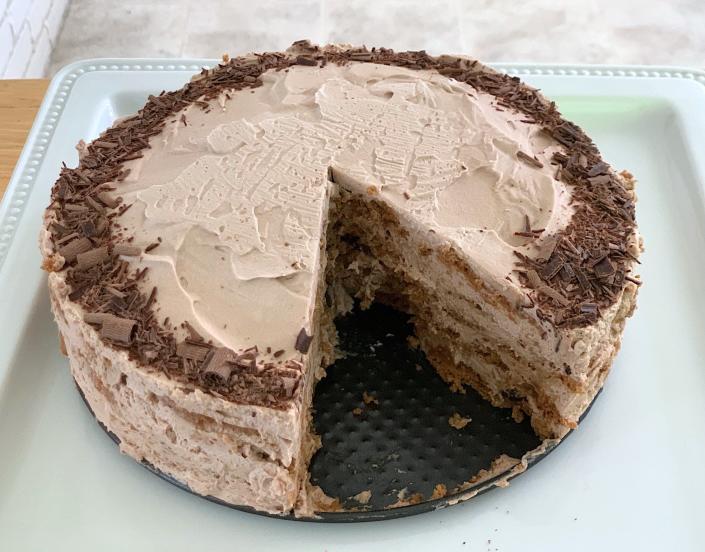 I’ve been cooking my way through Ina Garten’s recipes, and she’s inspired me to get better at baking.

I was a cooking novice when the pandemic began, and it was Garten’s recipes that first helped me get comfortable in the kitchen.

I also hadn’t tried baking anything for years. So I couldn’t believe how fun and easy it was to make Garten’s delicious mocha chocolate icebox cake, which she once proclaimed was so good “it makes grown men weep.”

I’ve wanted to make more “Barefoot Contessa” desserts ever since, and I knew the next one had to be Garten’s most famous chocolate cake recipe.

Garten doesn’t just love Beatty’s Chocolate Cake. She said it’s “the most fabulous chocolate cake that I’ve ever made.”

Garten first discovered Beatty’s Chocolate Cake while having dinner with her friend Michael Grimm, who runs Bridgehampton Florist in the heart of the Hamptons and frequently appears on “Barefoot Contessa.”

“He actually served this cake to me once at dinner and I just begged him for the recipe,” Garten said on an episode featuring the cake. “I didn’t have to beg very hard.”

Beatty was Grimm’s grandmother. Monte Mathews, a friend of Grimm’s, shared the story behind the famous cake on his blog Chewing The Fat.

“His grandfather had a milk route in Pennsylvania Dutch country and Beatty used to bake this cake to take to the customers on his milk deliveries,” Mathews wrote. “I urge you to try this cake with a tall glass of icy cold milk. It will take your breath away.”

Garten’s version of the cake has become so famous you can even buy it on Goldbelly. But I wanted to try making it at home first — it was time to get baking!

Pro tip: You can also use Garten’s recipe for cupcakes! This recipe will make 24 cupcakes, just make sure to reduce the baking time to 25-30 minutes.

It was time to get baking! But first I needed to prep the cake pans.

Garten doesn’t mess around when it comes to her cake pans.

First I buttered two round 8-inch pans, then lined the bottom of each pan with parchment paper. Once that was done, I buttered and floured both pans.

Then I began mixing my dry ingredients.

I took Garten’s advice and started adding my dry ingredients straight into the bowl for my electric stand mixer.

I first added the flour, sugar, and cocoa. It was at this point that I realized I forgot a crucial part of Garten’s recipe.

“The method of this cake is to sift all the dry ingredients together in a cloud of chocolate,” she said on the “Barefoot Contessa” episode.

Oops! Thankfully there was plenty of time to correct my mistake.

I sifted everything together into my mixing bowl.

I slowly sifted the three ingredients back into my mixing bowl, then sifted the baking soda, baking powder, and salt as well.

I returned the bowl to my mixer and turned it to low speed.

I mixed everything together with the paddle attachment of my mixer until the dry ingredients were combined — which only took seconds.

Then I got started on the wet ingredients.

First I added the buttermilk to a bowl, making sure to shake it well.

“Always shake the buttermilk because it does settle,” Garten said. “Make sure it’s well mixed.”

Garten says you can also add the wet ingredients straight into a measuring cup if you have one that’s big enough, which will help you pour them into the dry ingredients later.

Then I added the eggs, vegetable oil, and vanilla.

I gave my wet ingredients a quick stir.

And just like that, they were ready to go into the mixer!

I slowly added the mixture into my bowl of dry ingredients.

I placed the mixer on low speed and began carefully pouring my wet ingredients into the bowl.

Then it was time to add the special secret ingredient.

“Michael’s grandmother had a secret ingredient,” Garten explained. “This recipe calls for a cup of hot brewed coffee. I always think coffee is really important for chocolate, it makes it taste really chocolaty — and that’s exactly what it does.”

I brewed a cup of coffee once my dry ingredients were mixed so it’d be hot and ready to go. I added it with my mixer still on low and let it stir just to combine.

My batter was ready!

Per Garten’s instructions, I scraped the bottom of the bowl with a rubber spatula once I was done mixing.

I carefully poured the batter into my cake pans.

I made sure to pour the batter as evenly as possible so my two layers would be identical.

Then I threw my pans into the oven at 350 degrees Fahrenheit.

Depending on your oven, the cakes will bake for 35 to 40 minutes. When your cake tester (or knife) comes out clean, you’ll know they’re ready.

My cakes already looked beautiful when they came out of the oven.

I let my cakes cool for 30 minutes.

Once 30 minutes were up, I took my cakes out of their pans.

Garten recommends letting the cakes sit on a cooling rack to cool completely at this step. My cooling rack wasn’t big enough for both cakes, so I just placed the other on a baking sheet.

She also says there’s no need to worry if the tops of your cakes sink a little in the center — that’s completely normal.

As my cakes finished cooling, I got started on the frosting.

Garten calls this the “easiest, most delicious buttercream you’ve ever seen.”

It begins with chopping up all the chocolate. Garten recommends using a good bittersweet chocolate (she prefers Valrhona Le Noir 56% Cacao Semisweet Chocolate) and says to never use chocolate chips “because they have stabilizers in them.”

Once my chocolate was chopped, it was time to get melting.

I threw my chocolate pieces into a saucepan, which I placed over a pan filled with simmering water. This technique, known as a bain-marie, helps prevent the chocolate from burning.

I stirred the chocolate until it was just melted.

Once all my pieces had melted, I set the saucepan aside and let my chocolate cool to room temperature.

“You don’t want to pour hot chocolate into butter or else the whole thing will melt,” Garten said.

After my chocolate had cooled, I got started on the rest of the frosting.

I threw two sticks of butter into the bowl for my electric mixer, which I had cleaned after finishing the batter. I beat them on medium-high speed until the butter turned pale-yellow and fluffy — which took about three minutes.

I added the egg yolk and vanilla and continued beating the mixture for another three minutes.

Then it was time for some sugar.

I turned the mixer to low and gradually began adding the powdered sugar, which I had already sifted.

I beat everything together at medium speed.

Per Garten’s instructions, I used a rubber spatula to scrape down the bowl as necessary. I continued to beat the mixture until it turned smooth and creamy.

Then I needed to prep the instant coffee.

All you have to do is dissolve the tablespoon of instant coffee granules into two teaspoons of what Garten describes as “the hottest tap water.”

I added the chocolate and coffee to my butter mixture.

I turned the mixer to low speed and mixed until everything was blended together. Garten says to make sure you don’t overmix, which could turn this into a whip.

It was time to get frosting!

First I carefully placed one of my layers, flat side up, on my cake pedestal. Then, using an icing spatula, I spread a thin layer of buttercream on just the top.

Then I placed the second cake layer, flat side up, right on top of the first.

Once the cakes were stacked, I spread frosting all over the top and sides.

Make sure to smooth the frosting out, but don’t worry too much.

“The good news about an old-fashioned cake is that it’s supposed to be a little messy,” Garten cheekily said on the “Barefoot Contessa” episode.

As I cut into the cake, I could already tell it was going to be super moist.

The knife easily sliced into the two layers of cake, revealing a filling the color of espresso and that very enticing buttercream.

Beatty’s Chocolate Cake definitely looks homemade, and I agree with Garten that it’s part of the dessert’s charm. It’s just the kind of cake you hoped to see on the kitchen counter as a kid, praying your parents will cut you a thicker slice than usual.

After my first bite, I wrote in my notes that this cake was “so insanely moist.” The texture truly blew me away. I’ve had so many cakes where the filling is just way too dense and chewy, completely distracting from the flavor.

But Garten’s cake is somehow packed with chocolate and still light as air — a true feat. It’s honestly one of the fluffiest cakes I’ve ever had, and that includes store-bought.

And I loved the flavor.

Garten’s cake is deliciously rich. The coffee adds a nice kick that distinguishes Beatty’s from your usual chocolate cake. And all the flavors were perfectly balanced in the buttercream, which had just the right amount of sweetness.

Plus, this cake still tastes just as great days later. I brought some back to my boyfriend and, even after a flight across California, it was still super moist — and a huge hit.

Beatty’s Chocolate Cake is a perfect dessert for birthdays, anniversaries, or just cause you want some chocolate.

Beatty’s Chocolate Cake is homey and comforting, but still super impressive. It’s not the quickest or easiest cake to make, but all that effort creates something really delicious.

When you want to make something special for someone you love, then this recipe really … takes the cake. 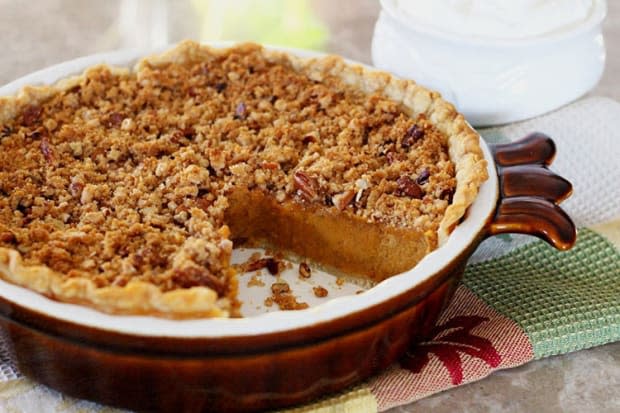 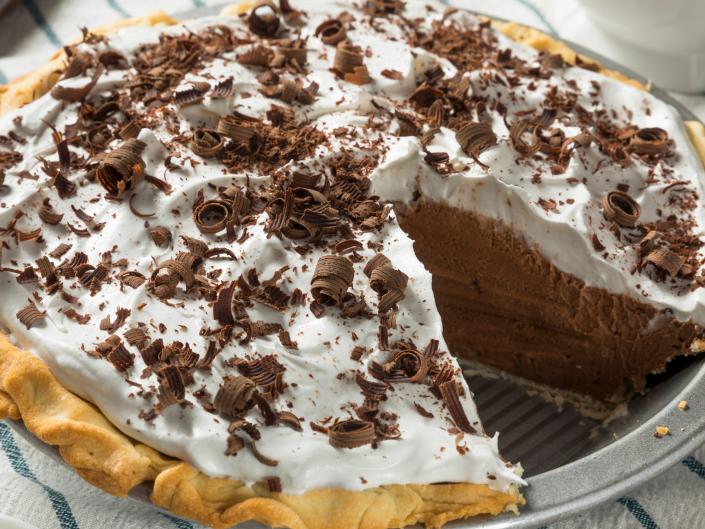