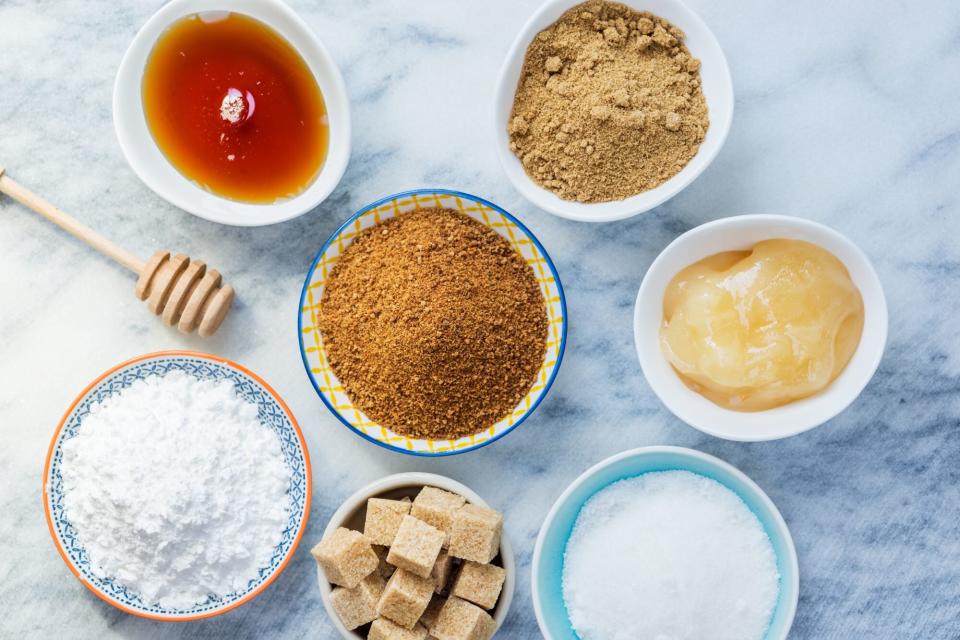 If you’re an avid baker, you’ve likely used your fair share of refined sweeteners. They include white and brown iterations, which are made by processing raw sugar from sugar cane or sugar beets. White sugar is made by removing the molasses from raw sugar, while brown sugar is produced by adding molasses back to white sugar.

Both types are staple ingredients in baked goods, from simple cookies to elaborate cakes. But if you’re looking for more natural, minimally processed alternatives, you’ll be glad to know that it is absolutely possible to use unrefined sweeteners instead.

Granted, these options aren’t necessarily “healthier” (remember, they still contain sugar!), but unrefined versions are ideal if you’d like to use more whole ingredients. Our experts explain how to make these unrefined sweetener swaps during your next baking session.

When replacing white or brown sugar with unrefined sweeteners, there are several things to keep in mind. “Generally, liquid sweeteners [like honey and maple syrup] will result in a moister and softer baked good,” shares Traci Weintraub, chef and founder of Gracefully Fed, a meal delivery service and restaurant in Los Angeles. This makes them perfect for treats like soft cookies or cakes. However, it’s best to avoid liquid sweeteners when a recipe calls for creaming sugar with butter, since they won’t incorporate in the same manner, says Weintraub.

Also, brown sugar activates baking soda, another common ingredient in baked goods. “If you’re replacing brown sugar in a recipe where baking soda is the only leavener, make sure there’s another acidic ingredient in the recipe to activate it,” says Ann Ziata, chef and cooking teacher at the Institute of Culinary Education. Examples include lemon juice, yogurt, buttermilk, and vinegar. Another option is to replace the baking soda with baking powder, which contains cream of tartar, an acid. “Use 1 teaspoon of baking powder for every ¼ teaspoon of baking soda,” says Ziata.

The Best Unrefined Sweeteners to Bake With

Maple syrup offers a delicious caramel, toffee-like flavor, making it ideal for fall treats like pumpkin bread or oatmeal muffins. To use it in baking, use ¾ cup maple syrup per 1 cup of white or brown sugar, says Ziata. You’ll also need to reduce the other liquids in the recipe (such as water or milk) by 3 to 4 tablespoons per ¾ cup maple syrup, she notes. That’s because maple syrup is considered a liquid; the adjustment will ensure there’s not too much in the recipe.

Thanks to its neutral taste, agave nectar is suitable for sweetening recipes without infusing additional flavors. Use 2/3 cup agave nectar for every 1 cup white or brown sugar, then “reduce the other liquids in the recipe by about 1/3 cup to accommodate for the extra liquid,” says Weintraub. Keep in mind that agave will brown your baked goods faster than other sweeteners, so be sure to slightly reduce the oven temperature while extending the baking time, she adds.

According to Weintraub, brown rice syrup is typically less sweet than other sugar substitutes, so you’ll need to use a bit more in your baked goods. You’ll need 1 ¼ cups brown rice syrup for every 1 cup white or brown sugar called for in the recipe. It’s also a viable vegan substitute for honey, though it will make your recipe slightly crispier than usual, says Weintraub. With that in mind, it generally works best for sweets that are meant to be crunchy such as granola bars.

Depending on the type, honey can infuse baked goods with a fruity, floral, earthy, or nutty sweetness. To use it, you’ll need 2/3 cup of honey for every 1 cup white or brown sugar, according to Ziata. But take note: Honey is quite sticky and heavy, so be sure to reduce liquid in the recipe to balance the dense consistency. “Alternatively, add a few more tablespoons of flour. You can also add ½ teaspoon baking powder to [increase] lightness,” says Ziata.

Date sugar is slightly sweeter than refined sugar. So, while you can use it at a 1:1 ratio, it’s often recommended to use 2/3 cup date sugar per 1 cup white or brown sugar. “Date sugar also absorbs moisture and can dry out baked goods, so you may wish to add [more] liquid to the recipe,” notes Ziata. Another option is to use 2/3 cup date syrup per 1 cup sugar—but in this case, you’ll want to reduce the water or milk in the recipe to accommodate the liquid syrup.

In either scenario, date-based sweeteners will add an intense dried fruit flavor and dark color to baked goods, so consider using them in recipes with spices or chocolate, recommends Ziata.

Use 1 cup coconut sugar for every 1 cup refined sugar. Coconut sugar granules can be somewhat crumbly, so Ziata suggests grinding the required amount in a blender or food processor. This will help pulverize the coconut sugar into finer crystals, “which will dissolve into the batter or dough more successfully,” she explains. The ingredient will also give your baked goods an earthy caramel flavor and darker color, making it appropriate for recipes with chocolate, coffee, and warm spices.

As a key ingredient in gingerbread recipes, molasses is known for its warm and smoky flavor. It also works as a substitute for refined sweetener. Use 1 cup molasses per 1 cup refined sugar, and again, adjust the recipe to accommodate for the liquid. “The general rule is [to add] 1 extra tablespoon of flour for every ¼ cup of molasses,” says Weintraub. Most importantly, when using this refined sugar swap, always opt for light molasses, which has a mild flavor. (Dark molasses will become bitter when baked, potentially overwhelming your recipe.) 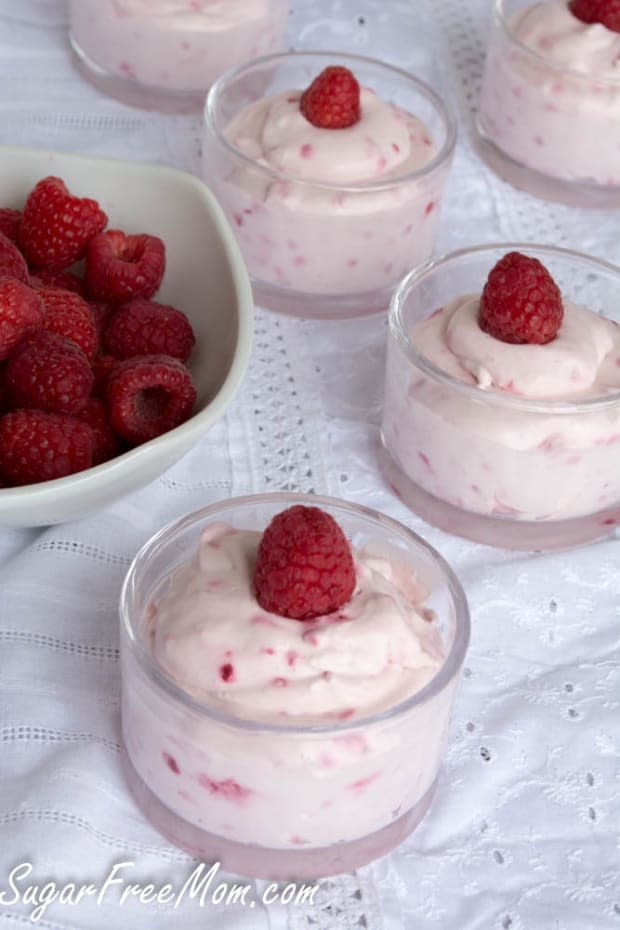 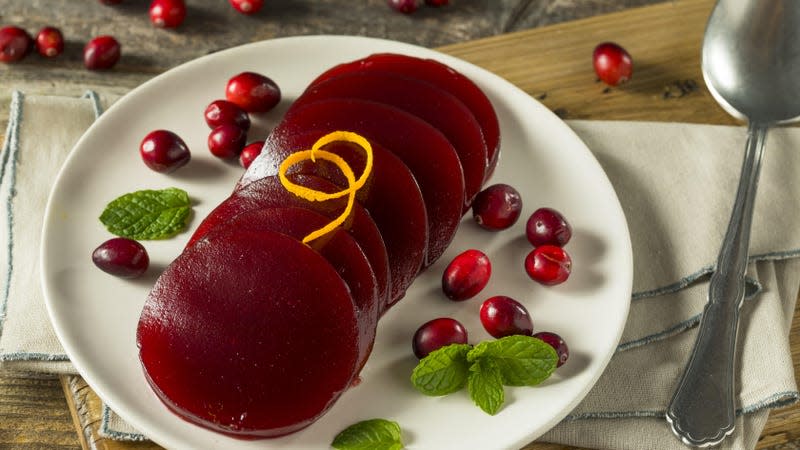 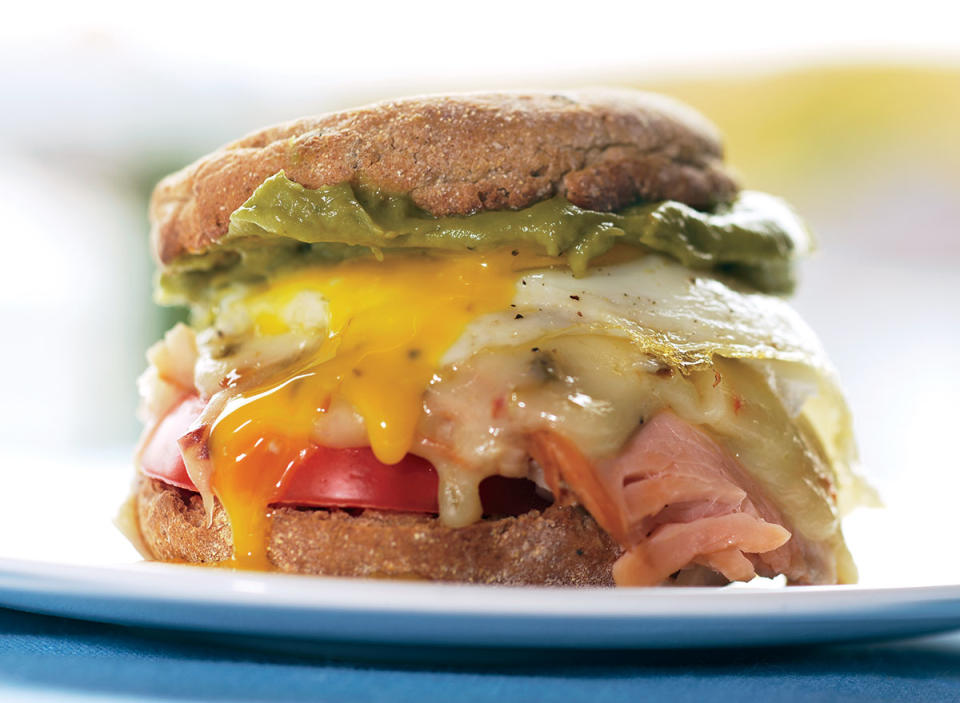