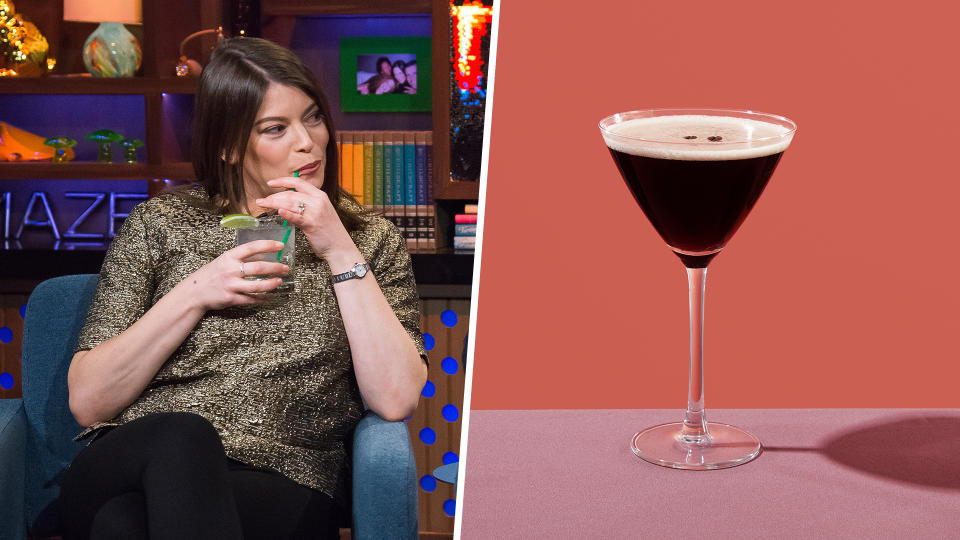 Coffee-drinkers, raise your glass. Top Chef judge and cookbook author Gail Simmons says espresso martinis are “having a moment.” The caffeinated trend makes sense to Simmons since these drinks “have everything you want in a cocktail” while being “festive and fun,” she says. Simmons says the flavors of espresso martinis are “smooth and balanced” with a “deep, nuanced flavor” … all without being incredibly strong.

They’re also easy to make, and Simmons uses a recipe that has only three ingredients, shaken with ice: Kahlúa, vodka and espresso.

The key to making any great cocktail is to have all your ingredients, equipment and glassware set up ahead of time. And, Simmons advises “you can never have too much ice.”

What type of equipment do you need to make espresso martinis?

You don’t need a full cocktail set to make an espresso martini. If you don’t have a cocktail shaker, you only need two kitchen items that you probably already have: a glass jar and a mesh strainer.

To make a great espresso martini, you’ll need a way to vigorously shake the ingredients with ice to create an espresso martini’s signature velvety foam. Almost any jar will do if it has an opening large enough for ice to pass through and has a very tight seal that won’t leak no matter how hard you shake.

Before you can drink an espresso martini, you’ll need to strain the cocktail and leave the ice behind, so it doesn’t fall into the glass. A mesh strainer is a great choice. If you don’t have one, get creative. Simmons says in a pinch she’s used a tea ball (used to make tea with loose leaves) as a cocktail strainer.

Espresso martinis are easy to make for one or 100. The key, says Simmons, is to “know the ratios.” Espresso martinis have a ratio of 1:1:1, meaning no matter how many cocktails you make at a time, they should be equal parts Kahlúa, vodka and espresso. Keeping this ratio in mind, home mixologists can make as few or as many drinks as they like at once and will only be limited by the size of their shaker.

When entertaining it might be tempting to make a big batch of espresso martinis in advance, but Simmons says the cocktail is better made to order. That’s because “the allure” of an espresso martini is the foam on top, which Simmons describes as a “bubbly, festive wave.” This foam is the result of shaking the ingredients vigorously with ice and will dissipate if the cocktail sits for too long.

The best way to garnish an espresso martini

According to Simmons, it’s traditional to garnish espresso martinis with espresso beans. However, one thing Simmons loves about this cocktail is that it’s so easy to customize once you have the basics down. Chocolate shavings, orange rind twists and mini peppermint candy canes all work well as a garnish because they complement the drink’s coffee flavor. To make espresso martinis more interesting, Simmons recommends dipping the rim of the glass into melted chocolate, then placing the glass into crushed candy canes, chopped hazelnuts, sprinkles or turbinado sugar (a type of coarse brown sugar). If you want your espresso martinis to really stand out, Simmons developed a recipe for edible stemless coca cups that not only serve as a great vessel for the cocktail but leave behind a sweet treat.

When is the best time to have an espresso martini?

Simmons spoke with Yahoo Life as part of her work promoting Cocktail Courier, with which she created an espresso martini kit. The kit contains everything needed to make Simmons’ espresso martini, plus tools to make her edible cups for serving, along with some “festive flourishes.”

But when is the best time of day to indulge in an espresso martini? Because the cocktails are so versatile, there’s no bad time to have one, according to Simmons. They work well for cocktail hours, parties, a night in and beyond.

The cocktails might be so popular in part because it feels “naughty” to drink coffee at night, Simmons speculates, but she adds that using decaf is fine if you don’t want a caffeine boost.

Want to make your own espresso martinis this holiday season? Simmons shares her recipe with Yahoo Life.

Courtesy of Gail Simmons and Kahlúa

Wellness, parenting, body image and more: Get to know the who behind the hoo with Yahoo Life’s newsletter. Sign up here. 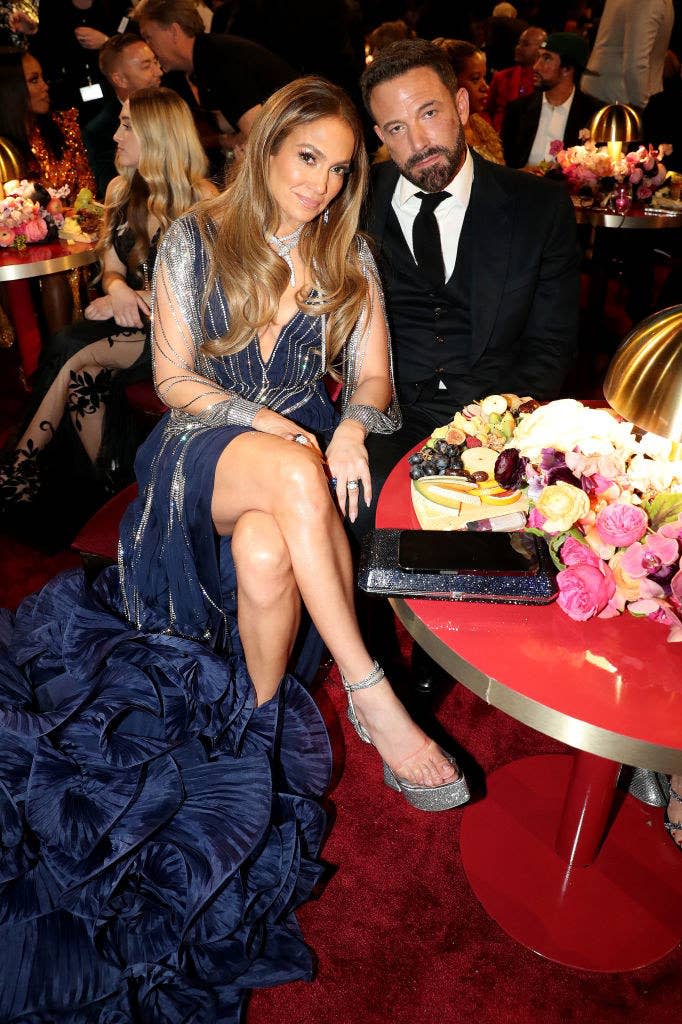 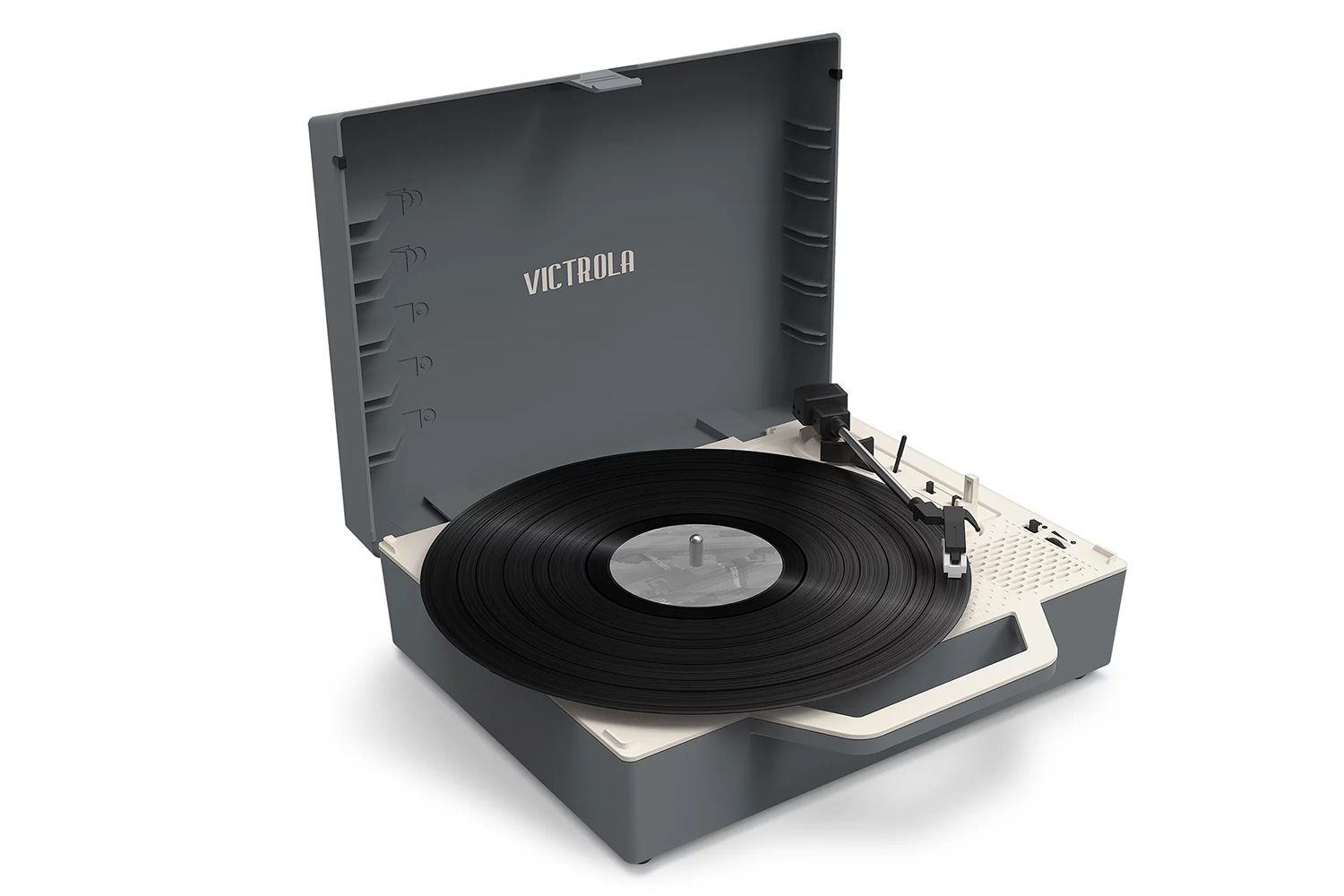